THE STORY OF COPIA

PASSIONATE CURIOUSITY, TIRELESS EFFORT, AND A SENSE OF GRATITUDE 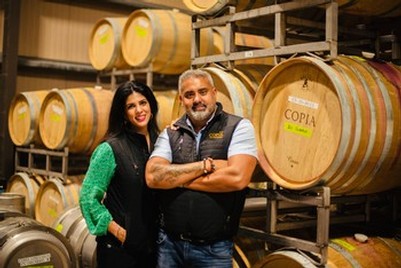 The word Copia is a Latin root word that means abundance or plenty. It’s an apt name for a winery that is created by two people that have always chased the glass half full.

The story of Copia Vineyards begins with the passion of Anita and Varinder Sahi, their shared love of wine and the beauty of its source. The Sahis each had different paths to this world. He has an engineering and business background, and she is a restaurant and marketing veteran. He globetrotted for work and his love for wine grew. She worked side-by-side with some of the finest restaurateurs and Michelin-starred chefs, cultivating her zeal for fine food and wine. Their shared interests, entrepreneurship and life’s ever-winding path sparked a trip to Paso Robles Wine Country in 2015. Essentially, they never left.

In 2017, the Sahis’ search to find a special site to produce world-class Rhône and Bordeaux varietals was successful. They became the proud stewards of 50 acres of paradise-on-earth in the Willow Creek District of Paso Robles. It is now a veritable winemaker’s dream with nearly 40,000 vines planted in 24 distinct blocks. In 2022, their estate grew to include 26 acres of dramatic landscape in the Adelaida District. Both vineyard sites have breathtakingly beautiful slopes, calcareous soils and strong marine influence. Simply put, the Sahis believe that these vineyards are legendary. The vines on the Copia Estate are now producing some of the most opulent, concentrated fruit with densely rich varietal characteristics.

The Copia wines are the result of a lifetime’s worth of learning experiences, efforts taken and opportunities seized. This is but a snapshot of the story that surrounds each bottle. It is our pleasure to share this with you as you explore Copia wines. “Cheers,” to the path that brought you here today.

"Take sips of this pure wine being poured. Don't mind that you've been given a dirty cup." - Rumi

Varinder Sahi is our leader at Copia Vineyards and Winery as its Owner and Winemaker. His family history of farming and fascination with engineering drew him to a calling that could encompass all of his deep-rooted passions. He heads all of Copia’s winemaking and viticulture.

Varinder was born in the foothills of the Himalayas in Punjab, a state in northwest India. Agriculture is a big part of the Punjabi community and farming goes back 13+ generations in his family. His formative years were spent in a communal, self-sufficient and agrarian society. He internalized this way of living and it carries through to everything he does.

His undergraduate studies took him to Bangalore, India in the South, for electrical engineering and later across an ocean to Toronto to earn his MBA at York University. As a young engineer, he worked in a corporate environment and that’s where the spark for wine was lit as he enjoyed many a fine meal during work with his team. To Varinder, fermented grape juice started as such a simple idea, but he was beginning to see that there was so much more to it. He sprinted toward more and more wine knowledge as he began to explore different varietals and diverse wine regions in his corporate travels. He fell in love with wine and in those early years, he made a promise to himself that when life’s busy schedule abated, he would take time to make wine.

Studying and earning his winemaking certification from UC Davis sparked the development of a vineyard property with his younger brother in Lodi, California in 2015. Desiring to bring a piece of history to the endeavor, this property was purchased using funds received from the sale of Sahi Family ancestral property in Punjab. Later in the same year, he met his future wife Anita and the two communed on their shared passion for wine. They traveled to Paso Robles Wine Country on an educational tour and one could say that the rest is history in the making. Copia has been a calling that brought Varinder back to his roots: In 2017, Varinder found and purchased what was to be Copia’s Kiler Canyon Estate Vineyard. 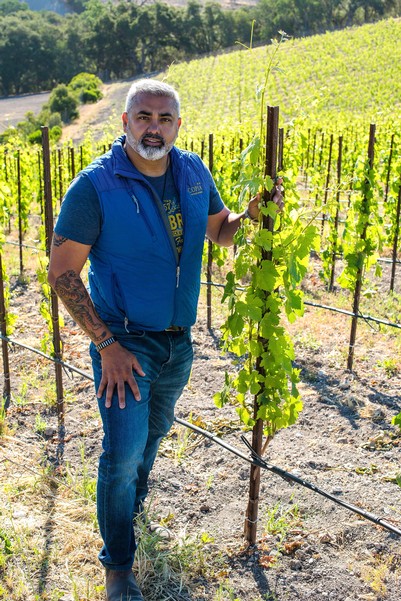 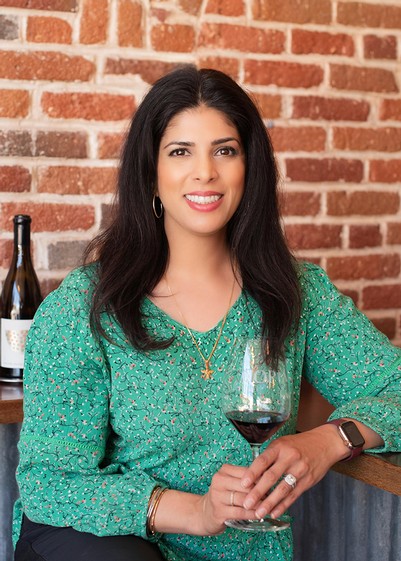 Anita Sahi is at the helm of Copia Vineyards as its Owner and General Manager. Her lifeblood is all things hospitality and she draws from experiences as a former restaurant professional to imbue the spirit of elegant, attentive and warm hospitality throughout Copia.

Anita grew up in the Chicago area, the middle child of three to parents of Indian and Pakistani descent. From a young age, Anita had a creative spirit, gravitating toward culinary arts and the art of storytelling. Her passion for weaving tales guided her to the doorstep of Northwestern's Medill School of Journalism in 1997, where she studied broadcast journalism with some of the finest professionals in the industry. In the early 2000s, she enjoyed writing and field work at TV statioeports on the restaurant beat. It was shortly thereafter that she made the leap into the world of restaurant hospitality and marketing, spending time working from the bottom up in Chicago, Boston and New York City.

Starting in 2001 and for the next 14 years, Anita worked every aspect of the business, including the kitchen, the front-of-the-house, marketing, operations and ownership. Her passion for this entrancing world took her to the culinary mecca of New York City, landing in the marketing department of Drew Nieporent’s Myriad Restaurant Group that includes Tribeca Grill, Nobu Restaurants, Corton (now Bâtard) and more. It was here that her true wine education began, as she was able to help craft events and dinners from a 20,000 bottle+ Wine Spectator Grand Award-winning cellar. She was working with one of the world's best restaurateurs and some of the world's best chefs, wine directors and sommeliers.

In no time, Anita was hooked. She continues to fall in love with food and wine and never looks back. 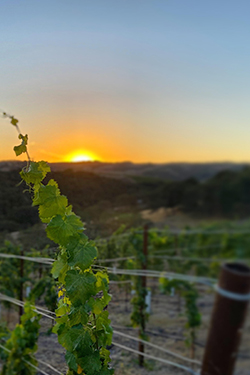 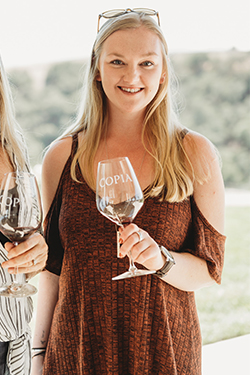